Social Media is itself the big trend for 2018, and for many companies and brands that are still not using all its potential, this year must be very challenging for them. But what are, exactly, the key-factors in this media channel for this year? Ben Nimmo, founder and CTO of SocialSignIn, shares with us some insights. 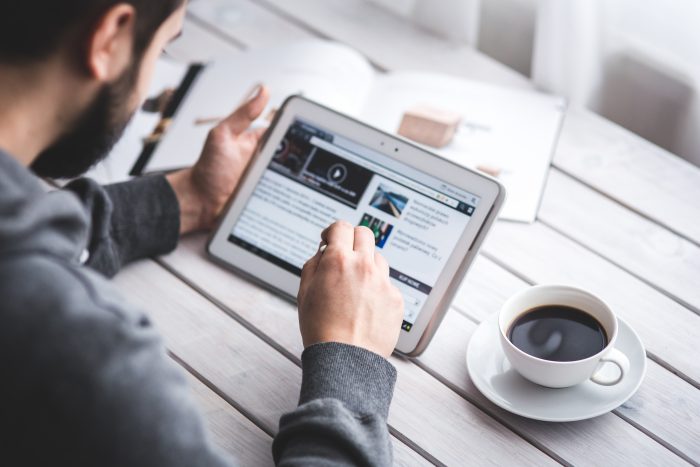 So, 2017 saw some huge new social media trends appear, and some established trends transform. It was the year that Instagram reigned supreme by doubling in users, sponsored content and influencers became the de rigeur way to tell your stories and position your product, and brands moved from broadcasting at their communities, to creating powerful one-to-one customer moments.

The big social media apps release updates on a nearly constant basis, making the change in technology as fast and persistent as changing trends. Because these changes are continual and subtle, we often don’t notice them day by day. But look back twelve months, and you will see just how much the social media landscape has moved on.

There are already clear signals as to what 2018 has in store for us in terms of winning strategies, best practices or new technologies that will help you go further, faster. So, what’s on the agenda for the year ahead?

Even more video…but this time with variety

It won’t come as a surprise, but video will become even more established as the dominant medium across both social and wider digital channels. But don’t just take my word for it, Mark Zuckerberg himself predicts that 90% of Facebook’s content will become video-based in 2018 – and he does have a fair bit of data to model his estimates on.

With mobile now the primary way to access social media, brands will need to work out how they can grab attention and maintain engagement; this will drive creativity and variety in different video formats.

We know attention spans are getting shorter and shorter – you now have less than a second to get someone to momentarily stop scrolling. So how do we say more with less? Moving past the 30 second clip that is the current staple format. Video is reaching maturity at the same time that our love for episodic content and binge watching is peaking. So expect to see more video content produced in long-form format in 2018.

And don’t forget that Facebook Watch will attempt to compete with Netflix and Amazon in terms of broadcasting original TV shows and film content too. Interesting times.

“Fake news” and the US election scandal were undoubtedly the social media scandal of 2017, pushing social media networks and brands to deliver even greater levels of advertising transparency.

First up was Facebook, which introduced new policies on ad transparency, allowing users to be able to view all of a brand’s ad campaigns at the tap of a button. Twitter then launched its “industry-leading” transparency center, this allows anyone to see what brand is behind an ad, how long it’s been active, while additionally providing a way for users to give feedback.

What’s most interesting for brands is that these new initiatives will open up social media as a research tool for competitor surveillance and benchmarking.

Ephemeral content is a post that only exists for a set period of time, Snapchat or Instagram Stories for example. This form of content exploded in 2017 and is now an ingredient within most marketer’s kitbag.

The time-limited element of ephemeral content plays on people’s FOMO (Fear of Missing Out) – encouraging audiences to take action. It also contains a strong sense of excitement, authenticity and personalised engagement.

Ephemeral content is proving particularly successful with Millennials and Generation Z. So if they fall within your target audience for 2018, then you might want to consider how you can build it into your marketing campaigns.

Over recent years, achieving good levels of organic reach and engagement has become increasingly difficult to come by. Brands are off-setting this with clever and creative influencer campaigns. Consumers want authenticity from influencers, brands who include real influencers or industry experts in their campaigns will find a higher engagement rate. But ultimately, social network algorithms are showing less and less content from the pages we follow.

Additionally, with hundreds of millions of posts published every day on social media, how do we rise above the sea of white noise and stand out from the crowd, inspiring our target audience with powerful calls to action.

This means that you will need to have the very latest social media marketing technology at your fingertips. The limiting of organic content will also drive social media to become much more of an outbound marketing channel – targeting audiences using paid media, rather than letting them find your content.

The terms “data-driven” and “insights” can be overused, but underpinning this is the fact that social media practitioners need to act on facts, not assumptions, and also be able to demonstrate the direct impact they are having on an organisation’s bottom line – up and above fluffy vanity metrics.

Although we’ve seen it growing for some time in the most socially-savvy businesses, 2018 will be the year when we reach a tipping point, and the vast majority of social media professionals begin to report on not just followers, reach and clicks – but align social media to key customer service metrics, commercial revenues and deep customer intelligence.

To do this, organisations must have unrestricted access to powerful social media reporting that is based around the intrinsic needs of a department around social media, allowing marketers and customer service managers to clearly show strategic social media ROI and build the business case for further investment.

Platforms and publishers working together 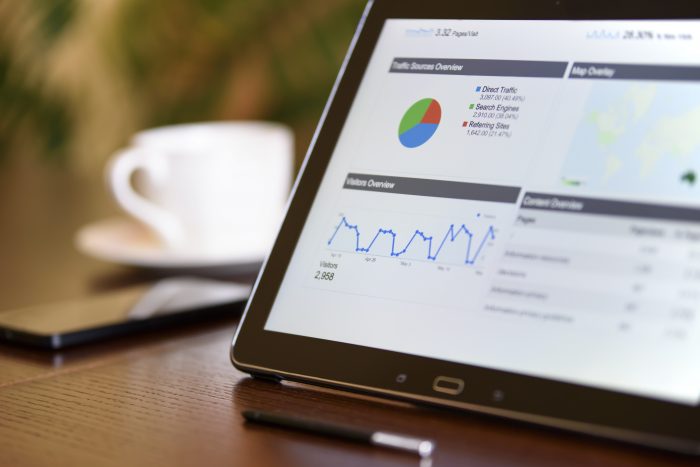 With the explosion in live streaming and original content on Netflix and Amazon (and soon Disney) over recent years, it was inevitable that the major social networks would start looking at how they can use these types of media to keep users hooked and drive revenue. This is driving partnerships between social media platforms and publishers.

Fox Sports has partnered with Facebook to show selected Champions League group matches the US, building on football’s growing popularity. Similarly, La Liga will now also stream one game a week via Facebook. Twitter has also entered the live-streaming race, Periscope broadcasts one game from the NFL every week. Sports are inherently social, with the power to build and connect communities around the world. This aligns closely with social media, making it a natural home for sports content, including live games.

Facebook has launched a new home for its original content, the “Watch” tab was rolled out mid-2017 to a select group of US users – with a wider roll-out across the US and other international territories planned. The new feature will boost ad revenue further and give people a reason to return to their newsfeed. You will be able to chat and connect with people during an episode, and join groups with people who like the same shows afterwards to build community. Facebook said, “We want any publisher/creator who is interested to be able to create a show in the future. There will be hundreds of mini-documentaries, reality shows, and sports coverage on launch – scaling to thousands.”

With the rapid evolution of AI, this is set to quickly transform chatbots from binary questions and simple self-serve scenarios, to deep conversational capabilities. Companies will soon begin to see the true power of automated conversations at scale, not only for customer support and retention, but also acquisition.

Bots will not replace humans, but they will bridge the gap between brands and consumers in ways that other platforms cannot. This will enable brands to achieve a beautiful balance between automated efficiency and deeper, more involved interactions. The challenge for brands is being able to identify at which point in the customer journey each type of interaction is most relevant, and be able to move seamlessly between them.

2018 is set to be a year where social media cements itself even further as a key comms and customer service channel, with the rate of change around new trends and technologies accelerating even further. The dominance of mobile phones in driving internet traffic, and the quality of user experience available, will ensure that people spend even more time scrolling through their screens.

Key themes that emerged during 2016/17 will embed themselves deeper into how brands and consumers use social media, these being time-saving, personalised experiences. Modern society wants instant customer service and instant access to original content – and if they don’t get it on their terms, the internet is awash with someone else who can provide it.

So the challenge for anyone working with social media is, how do you efficiently deliver powerful, personalised customer experiences, at scale, and ensure this has a direct line of sight to the bottom line.